Bitcoin was created as an alternative to the current fiat system. To be an improvement, it needed:

It needed to be secure and unable to be altered or counterfeited. A limited supply would ensure it could never be inflated. Bitcoin fits all these needs and this is the reason most people are investing so heavily in it today. Although it seems to meet all the goals intended for it, Bitcoin is not perfect and does face challenges. Let’s take a look at some of the reasons Bitcoin could be considered a bull investment or a bear investment.

Let’s be honest, governments will never be in favor of currency they have to compete with or that takes away the power of the government. One of the most widely used and powerful tools governments use to influence the economy is the money supply. The more people buy and use Bitcoin, the less control the government has over the use of currency. Governments will always be against the use of Bitcoin unless they can fully regulate and control it. Bitcoin, for the first time in history, allows anyone with access to the internet to store their wealth in a secure way that cannot be tampered with by any third party (i.e., their own government). Easy to understand why it is unfavorable to governments. While blockchain technology may be embraced, those who do not respect the financial freedom of citizens will see Bitcoin as a threat.

Technology is another thing holding Bitcoin down somewhat. Until technology can catch up and adopt more uses of Bitcoin in more mainstream ways, it will continue to struggle to be noticed by the average person other than just a store of value. Fake news about Bitcoin and cryptocurrencies has had a hard impact. Pumping the price up solely on hype vs. the technology behind it makes it very volatile and scary for investors. While trust in Bitcoin is on the rise, e-commerce technology that makes it easy to use needs to catch up. Also, when the price is up, hodlers tend not to spend their bitcoin. This tends to counter better technology and payment processor improvements to include crypto options. 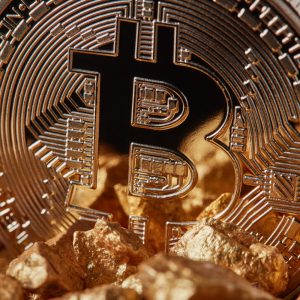 Since it’s creation, Bitcoin has become a very good store of value. It has been referred to as the modern-day gold or the millennial’s gold. In the past, people went to physical gold as a store of value when hard economic times hit. Now it seems like the younger generation is more likely to use Bitcoin for this purpose. Bitcoin has been a very good hedge against inflation. We are now seeing it perform well during hard economic times. Because there is a limited supply that can be put into circulation, it can never be devalued or inflated like our current fiat system. Bitcoin also uses halvings that cut the new supply of the currency in half every so often. This limits the supply of new coins in circulation and helps keep the market from getting over-flooded with new currency.

With the global economy in total shock as of May 2020, with nearly every asset class taking a hit – many feel it will be bitcoin, not banks and governments, that save the day. The crypto world is ready for extreme, short term volatility surrounding the May 2020 halving event. Bitcoin has proven to be very resilient with the price up 33% over the same time last year. Whereas a 1970 U.S. Dollar is worth about $0.15 today as a result of inflation. Bulls are buying up bitcoin lows which keep radical price drops from lasting too long. Exchanges are seeing heavy customer buying with few selling their bitcoin. As half the usual supply of bitcoin being sold occurs after the halving, an increase in price is expected although it will likely occur over time, not instantly.

No matter how you feel about Bitcoin being a good store of wealth, it’s going to be around. As technology catches up to the nearly endless financial uses that Bitcoin has, the governments and financial institutions worldwide will be forced to adjust. Pundits who believe Bitcoin is a fad, doomed to fail, or both should realize that mistakes have resulted in fewer, never more, bitcoins. Unlike other assets where a rise in the value of the original results in an increase in the supply of copies – the number of bitcoins occurs only through the legit mining process. Despite huge profit motives, the supply of bitcoins is stable and outside the control or influence of third parties. Add this to the fact that in a world with billions of smartphone users, anyone can download a free bitcoin wallet app and begin using it – means adoption can happen pretty darn fast.